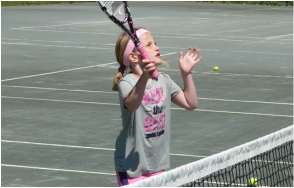 Increasing the availability of year-round tennis for area youth would offer them the opportunity to be engaged in a life-long sport, building focus, health, and camaraderie.  This is particularly important in our rural area.  Communities that play an active role in engaging their youth are more likely to prevent them from risky behavior, and are more likely to teach them a healthy lifestyle. 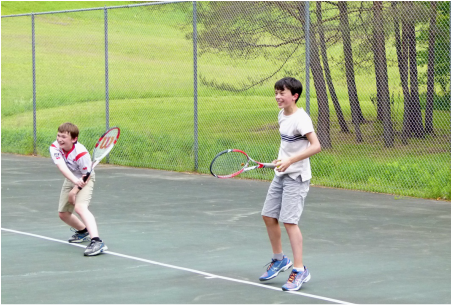 Eric Kukenberger, 13, learned to play tennis at the Clark Sports Center at the age of six and has liked the game ever since.  He doesn't take any regular lessons, but he has a tight-knit group of friends who play together a lot, especially in spring and summer, when their other favorite game, soccer, isn't in season.  Eric's interest in the sport is growing and he'd like to do it more, his mother Carrie Kukenberger said.

He also hasn't gravitated toward any of the winter sports offered either.  "Eric loves playing tennis, and when winter comes there isn't any sport he is interested in doing," she said.  Though there are some indoor courts within driving distance, getting to them ins't easy for the Kukenbergers.

Carrie said she doesn't like to drive in snowy weather, and her husband is too busy with his job.  "If there was an indoor tennis center here, he would love to go and play on a daily basis or whatever option was available," she said.  She called the idea Cooperstown could have such a facility "fascinating."  "I think it would serve the community well," she said.