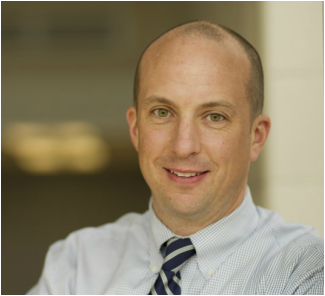 Otsego County is home to both Pathfinder Village and Springbrook who together serve over 900 individuals with multiple disabilities.

Seth Haight, COO of Springbrook
Kids with disabilities are a lot like other kids.  That's one of the main reasons Seth Haight, Chief Operating Officer at Springbrook, supports the availability of year-round indoor tennis with an adaptive coach for the population Springbrook serves.

"They have the same sense of wanting to be competitive and wanting to win and taste the sense of accomplishment as the typical population," he said.  "It's really important to find those outlets an activities to realize those goals."  Enhancing physical abilities is extremely important for those young people.  "The idea is to get all their skill levels the kind of attention they need to improve, so they can live more independent lives," Haight said.

Springbrook already offers sports including basketball, soccer and some winter sports, but the more different offerings there are, the better.  "Different sports attract different people," he said.  And finding the right niche can open a world of possibility.  "When someone is fulfilled by a sport they enjoy, it opens up different social avenues for them and enables them to mix socially with people of similar skill sets, and they could make another friend," he said. 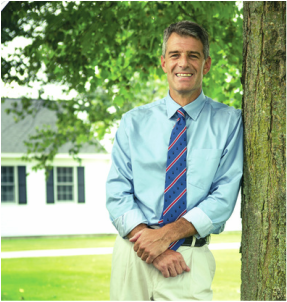 Paul Landers, President and CEO of Pathfinder Village
Pathfinder Village has earned an international reputation as a progressive planned community for children and adults with disabilities.  Year round tennis that is close by would be a welcome addition, Pathfinder Village President and CEO Paul Landers said.  Often people with disabilities don't get the exercise they need, because they don't have access to the same fitness opportunities as other members of the population, he said.  "This would really open things up," he said.  "Tennis is universal.  You can do it in a wheelchair or standing, with one arm."

It would also provide new social opportunities and avenues to interact with people without disabilities, he said.  Landers said Pathfinder would use indoor tennis as part of its regular physical education program for its school students and for adult enrichment on weekends or after work.  He also said he would be interested in using it for larger, Special Olympics-style competitions with similar organizations, like Springbrook.  "Active body, active mind," Landers said.